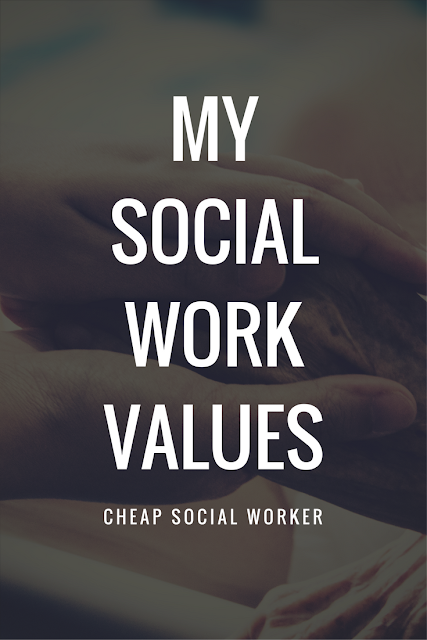 I originally wrote this short post regarding my social work values several years ago but never published it. I'm publishing it now to remind myself that despite how burned out I feel, I am and will fundamentally always be a social worker at heart.


Sometimes, I feel so burned out by my job that I can't help but feel apathy about my patients and the social issues affecting society. During these times, I wonder if I still have the social worker mindset and belong in the social worker profession. Then, I interact with the people around me and am starkly reminded that deep down, I'm still a social worker. If you feel infuriated by any of the following, then you probably are too!


As emotionally exhausting and my disheartening my job can be at times, it doesn't change the fact that on a fundamental level, I still care about helping the poor, sick, mentally ill, and disenfranchised. Unless something happens to completely shake my worldview, I doubt these social work values will ever change. Even if I burn out to the point I choose to leave the profession, I know that I will always be a social worker at heart.
burnout social work