San Francisco Giants in the World Series: So Much Love in the City! 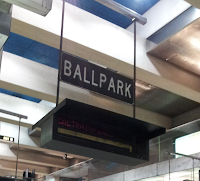 I've already touched on the World Series on Cheap Social Worker (don't forget to get your free tacos), but after last night I felt the need to expand on it on this blog! My apologies to Detroit Tigers fans!

Yesterday, I decided to take a trip to AT&T Park. Being the cheap social worker that I am, I didn't have $500 to spare for World Series tickets. I also didn't wake up early enough to camp out for a spot at the right field keyhole. Instead, I figured I would walk around, get a shirt, get some food, take in the sights, and find a TV to watch the game. Boy, was it an experience!

Outside the park was a party in itself. Mobs of people were congregated behind makeshift sportscaster sets in an attempt to get on TV. Radio stations were handing out free signs. Various companies were handing out free lanyards, black and orange beads, and coupons. Artists and other vendors were milling around trying to sell Giants gear.

The crowds thinned out a little by game time, but you didn't have to be inside the park it take in the World Series experience. Following the National Anthem, four fighter planes flew directly over my head. While I wasn't able to get into the right field keyhole, I got to see some of the action from the gates leading into it. The vacated sportscaster sets all had televisions tuned into the game, with crowds of people watching and cheering on the Giants. The only issue was that the broadcast was roughly 15 seconds delayed from what was happening inside the stadium, so every time a roar erupted everyone outside would pull out their phones or run to the nearest television.

The magic didn't end with the game. As I was walking home with my Giants shirt and hat, I was stopped my numerous people from all walks of life asking about the score. It was nice giving people something to smile about for a change.

Professional sports tends to get a bad rap these days. However, no one can argue value of sports in uniting a community. I've lost track of the number of strangers I've high-fived these past few days. The shared euphoria that comes with watching your city's team succeed definitely transcends political, cultural, and linguistic differences. I know it's temporary and will screech to a halt if things don't go well for Giants.  Let's not forget that elections are in less than two weeks, which will likely bring about divisiveness all over again.  Hence, I'm enjoying this sense of community and love while it lasts!

Here are a few pictures from my day in San Francisco.  GO GIANTS!!! 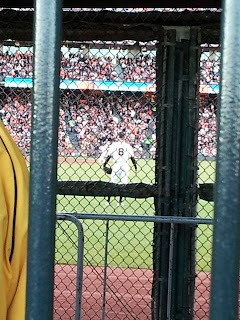 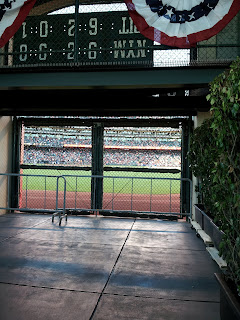 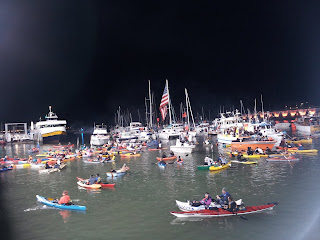 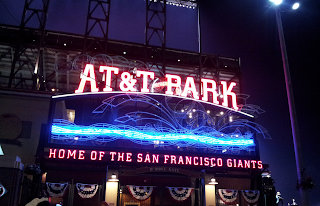