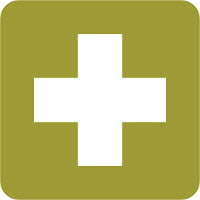 I try not to gripe about my salary too much. As a medical social worker in California, I know my salary is above average compared to the rest of the country, allowing me to do things that many other social workers cannot do. While I make nowhere near what people with engineering, medical/nursing, and business degrees make, with the exception of housing woes I am actually doing alright.

However, I find it hard to stay quiet when it comes to unfair pay disparities within my profession. Social workers are mandated by their Code of Ethics to combat social injustice. One platitude frequently touted by the profession is "Equal Pay for Equal Work". While this statement is typically used to advocate for gender pay equality, I feel that it can also be applied to pushing for fair wages for social workers, especially those in the hospital setting.

Recently, a coworker disclosed that a nurse case manager friend at another hospital recently received a five-figure bonus for good work. On top of that, she quoted a six-figure base salary that is more than double my hourly salary

Later I was looking at a complex case manager job postings which require either an RN or MSW degree. In a discussion with another coworker who works at other hospitals, I found out that MSWs still get paid significantly less than RN case managers despite performing identical duties and having the title "case manager".

I'd be lying if I said that I didn't feel somewhat demoralized, especially compounded with my family support. I realize that nursing school is difficult, but so is getting a masters degree in social work. What continues to baffle me why a masters in social work deserves half the salary of an RN case manager with an associates or bachelors degree, especially when our job functions overlap so much.

I definitely understand why nurses earn what they do, and their salaries are fair given the cost of living around here (but ridiculously low everywhere outside of California). As I was writing this, I went back and reread my past post on nursing salaries to remind myself of the rationale behind why nurses are paid so much more. To be honest, until social workers unionize or our leadership stands up for us, then I'm not sure what can be done to fix our wages. On an individual level, if I demand an RN case manager salary for the work I do, I'm sure I'd get replaced by a social worker willing to work for much less.

So how do I cope with this on a daily basis? In the words of Peggy Carter, "I know my value". Going into social work, I knew that I would be overworked and underpaid. Even though others are getting paid much more for doing the same work, I find satisfaction in the work I do and the people I help on a daily basis. Making less does not make social work a lesser profession, nor does it make me a lesser person. I am much more than my paycheck.
money talk social work